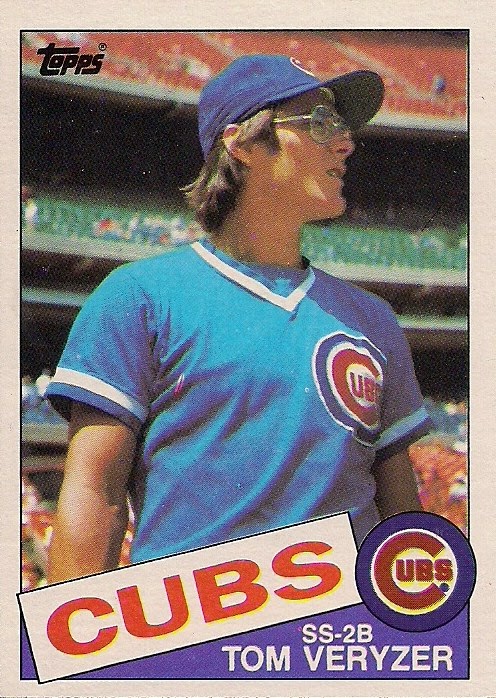 What a card: This is the final card of Tom Veryzer issued during his 12-year major league career.

My observation on the front: I don't know what Veryzer is looking at, but doesn't he look majestic doing it?

Something you might know: Veryzer was the shortstop on the Topps rookie all-star team in 1976 and received a rookie cup on his card for that honor. A couple years before that, he drove in the last run at Yankee Stadium before it was renovated after the 1973 season.

Something you might not know: Veryzer was such a prized prospect in the Tigers' organization that manager Ralph Houk told a sportswriter near the end of the 1974 season, "I wouldn't trade Tom even up for Robin Yount." Yount was an 18-year-old sensation at the time, and, of course, future Hall of Famer. 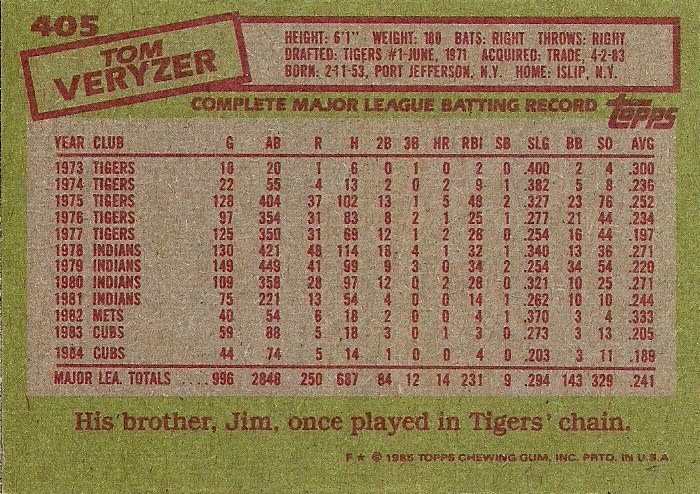 The blog wants to speak now: The Pop Culture tab is updated.
Posted by night owl at 3:14 AM