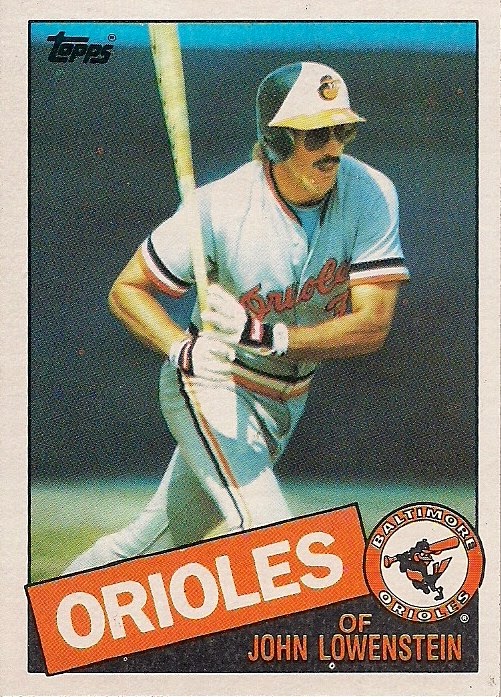 What a card: This is the final Topps card of John Lowenstein issued during his career. He was released by the Orioles in May, 1985.

My observation on the front: Lowenstein's shaded spectacles was a well-known look, but he didn't feature them on his baseball cards until 1981, more than a decade into his career.

More opinion from me: I've mentioned this before, but one of my all-time favorite quotes by a baseball player came from Lowenstein. He once said, "Nuclear war would render all baseball statistics meaningless."

Something you might know: A relative unknown and low-average hitter with the Indians, Lowenstein's career was resurrected as a platoon player by Earl Weaver's Orioles and he gained fame in that role during the O's World Series appearances in 1979 and 1983.

Something you might not know: In response to one of Lowenstein's quotes about him not understanding the benefit of fan clubs, a club called the "Lowenstein Apathy Club" was formed. The Indians received hundreds of letters that stated disinterest in Lowenstein's career, some signed in invisible ink. The club pledged to have a day in his honor -- when he was on the road. 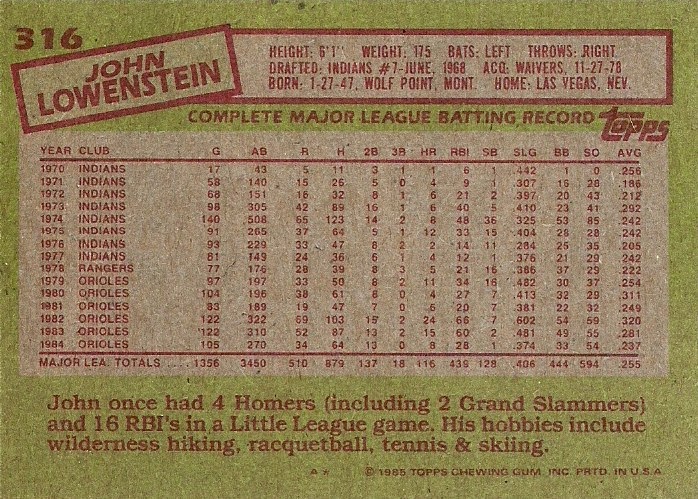 My observation on the back: Ah, yes, my favorite, Little League stats.

The blog wants to speak now: The News category is updated.
Posted by night owl at 12:38 AM